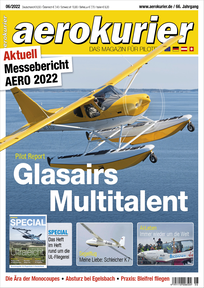 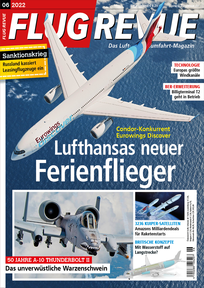 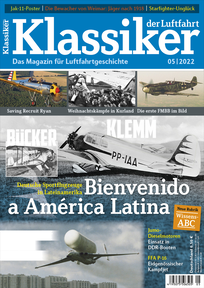 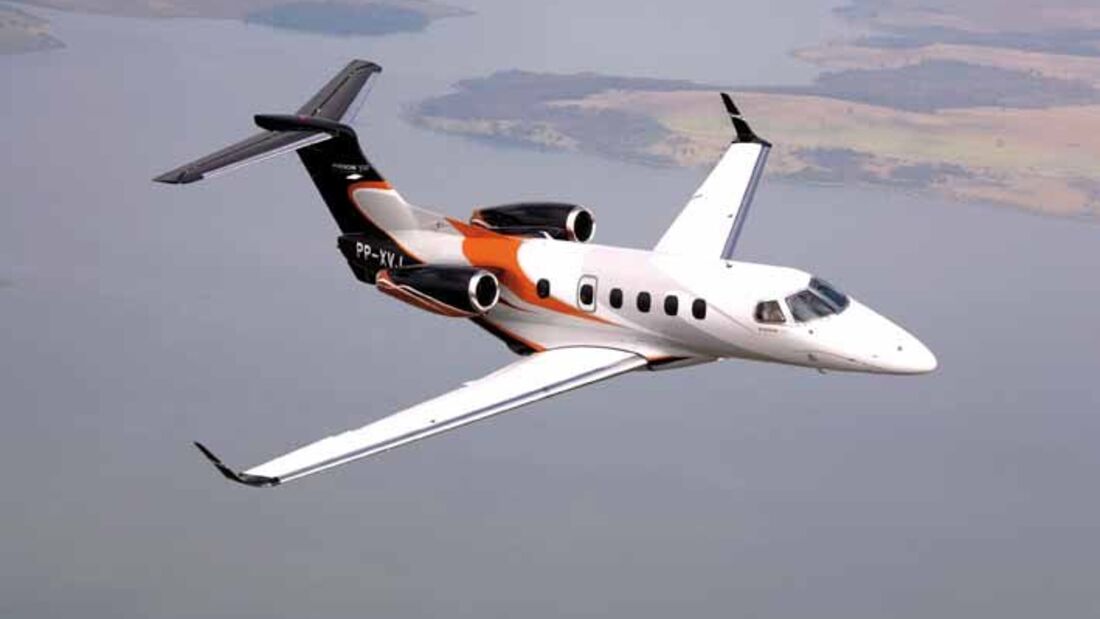 Customers (Kunden)
Among the customers for the Phenom 300 are:

Based on market assesments, Embraer had estimated demand for approximately 3000 Very Light, Entry and Light jets over the next decade (as of the porgramme announcement on 3 May 2005). Embraer hoped to win 30 per cent of this market.

Remarks (Bemerkungen)
The Phenom 300 is Embraers entry into the business jet market, announced together with the smaller Phenom 100. Distinctive features as promoted by the manufacturer are:

Subassemblies are to be produced by Neiva, with final assembly at Embraers Gaviao Peixoto plant.

History (Geschichte)
Rumours that Embraer is going to enter the light jet/very light jet market were surfacing in the autumn of 2004. At that time, market surveys and customer presentations with nine different concept aircraft were under way.
2005
The entry of Embraer in the Very Light Jet and Light markets was approved by the Board of Directors in April 2005. The investment was said to be 235 million US-Dollars. It was officially announced on 3 May 2005 in Washington DC, as the “light jet” (LJ). At that time, service entry was predicted for mid-2009.
Embrer began taking orders for the Phenom 300 in June 2005.
The name Phenom 300 was announced on 9 November 2005 at the NBAA Convention in Orlando, Florida. A full-scale mock-up was also shown there, featuring the cabin desgned by BMW DesignworksUSA. Garmin was announced as the avionics supplier.
2006
On 19 April 2006, Embraer announced that it had started the Joint Definition Phase of the Phenom 300, with 300 engineers working on the project. The JDP sould be completed in the third quarter., it was said.
2007
The first metal cut of the Phenom 300 took place in late March 2007.
On 3 December 2007, Embraer and Flight Options, one of the largest private jet service companies in the world, signed a contract for the acquisition of 100 Phenom 300 aircraft, with options for an additional 50 aircraft of the same model. This was Embraer's largest Phenom executive jet order, worth US$ 746 million at 2007 list price, and could reach US$ 1.12 billion, if all options are exercised. An additional agreement for a maintenance and support program is valued at over US$ 200
million.
2008
Wings and engines were installed on the first prototype at the end of February 2008. March 2008 saw the first electrical power on.
The first Phenom 300 was rolled out at the Gavião Peixoto plant in São Paulo, Brazil, on 12 April 2008.
The Phenom 300 successfully took to the air on its maiden flight on 29 April 2008, from the Company's Gavião Peixoto test runway. During the one hour and twenty-two minute flight, Captain John Sevalho Corção and Embraer Chief Pilot Eduardo Alves Menini, who also was a crew member of the first flight of the Phenom 100, accompanied by flight test engineer Jens Peter Theodor Geiger Wentz, put the plane through a number of maneuvers, checking the aircraft's flight characteristics and the operation of its systems. Simultaneously, the engineering teams involved in the Phenom 300 flight test campaign were analyzing flight data transmitted in real time and supporting the flight test crew from the ground. In the coming months, the first Phenom 300, serial number 99801, will participate in the flight test campaign along with three additional Phenom 300 jets. It is expected to enter service in the second semester of 2009.
The first Phenom 300 concluded the Ground Vibration Test (GVT) in early June 2008
Embraer saw its second Phenom 300 light jet, registration PP-XVJ, take flight  on 5 August 2008, departing from Embraer's Gavião Peixoto plant. The crew consisted of Capt. Jeirgem Prust, Capt. John Sevalho Corção, and flight test engineer Leandro Bigarella. Four aircraft will comprise the fleet to perform the certification and maturity campaigns of the Phenom 300. Two other aircraft will be produced for the required structural ground tests (static and fatigue). 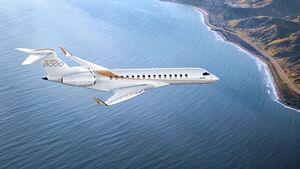 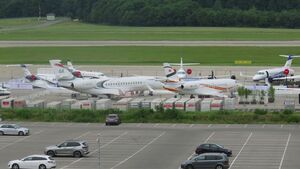 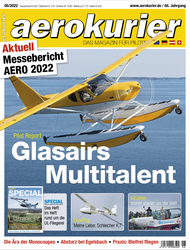